A bit less than three years ago I began this blog as a place to document my journey to my first marathon – a race I chose because the date fell close to the first anniversary of my father’s passing. And now, nearly three years after losing him unexpectedly and far too early, I’m struck by how the grieving process is not linear. The five steps just don’t hit home for me. The denial never happened. I was angry with him for a bit. I had no chance to bargain – there had been no early diagnosis, no waiting game, just a sudden and irreversible event that took him away. And acceptance seems to come and go. I live with some days where I know he’s gone and I’m at peace with it. Other days, it’s like I’m getting the awful phone call over again. The suddenness, the realness of it seems to hit me in the solar plexus, the pain radiating up in to my heart and down in to my gut.

I’ve written before about my Dad. Our relationship was rocky, our connection intermittent due to his alcoholism and my stubborn refusal to forgive someone who had abandoned me regularly. But, when I finally made the decision to open the door, he ran back into my life like a child racing down the stairs on Christmas morning. He was exuberant. He reveled in giving my children firecrackers, soda and sweets. He delighted in leaving gifts hanging from the handle of my back door, surprises for me to find when I arrived home. He passed down photographs and heirlooms, eager to give me whatever ounce of history he could offer. He counseled me – trying to impart the knowledge he’d gained from his own mistakes. And he gave me unconditional support – to do whatever I dreamed of, to live a good life, to let go of worry.

I was not adopted, and by no means claim to understand the feelings that adopted children go through, but finding my father later in my life gave me the “Ah-hah” sense of knowing where I had come from. He loved Tracy Chapman, Frank Lloyd Wright, and British mysteries. He had a deep affinity for the Mountain Dew flavored slushie available at most gas stations and could have out-cursed a sailor. Each of these individual discoveries matched my own personality so closely that I often felt startled to see our similarities. And then, in an instant, he was gone. We had four years of getting to know one another again, four years of that unconditional support before he crossed the river at only 54.

We all change in the face of death. A piece of us is forever altered by the surprise or the long struggle, either set of circumstances creating their own suffering. May 23rd, 2o12 and every day since has been a slow evolution of letting go of the version of me that I thought made everyone else happy and finding the version of me that is actually me. I understood on that day, and each day after, that life is not a given. It is tenuous and delicate. I couldn’t bear more years of a life barely lived. My favorite photo of the two of us is framed and in my line of sight each day. I try to keep dancing, imagining that he’s watching with that smile on his face.

If you live with grief, I wish you grace and peace. 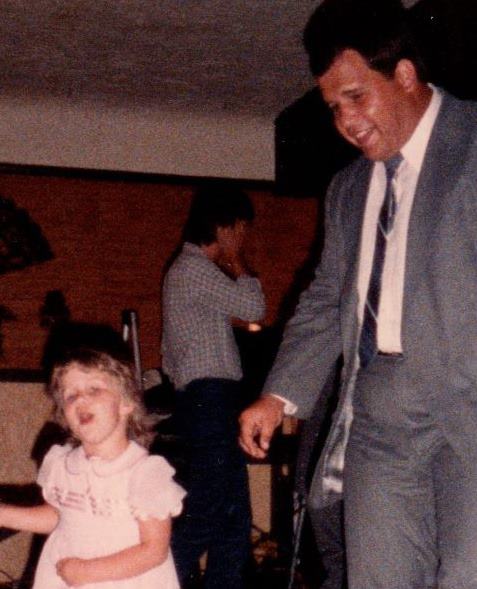 One thought on “Three Years Later”